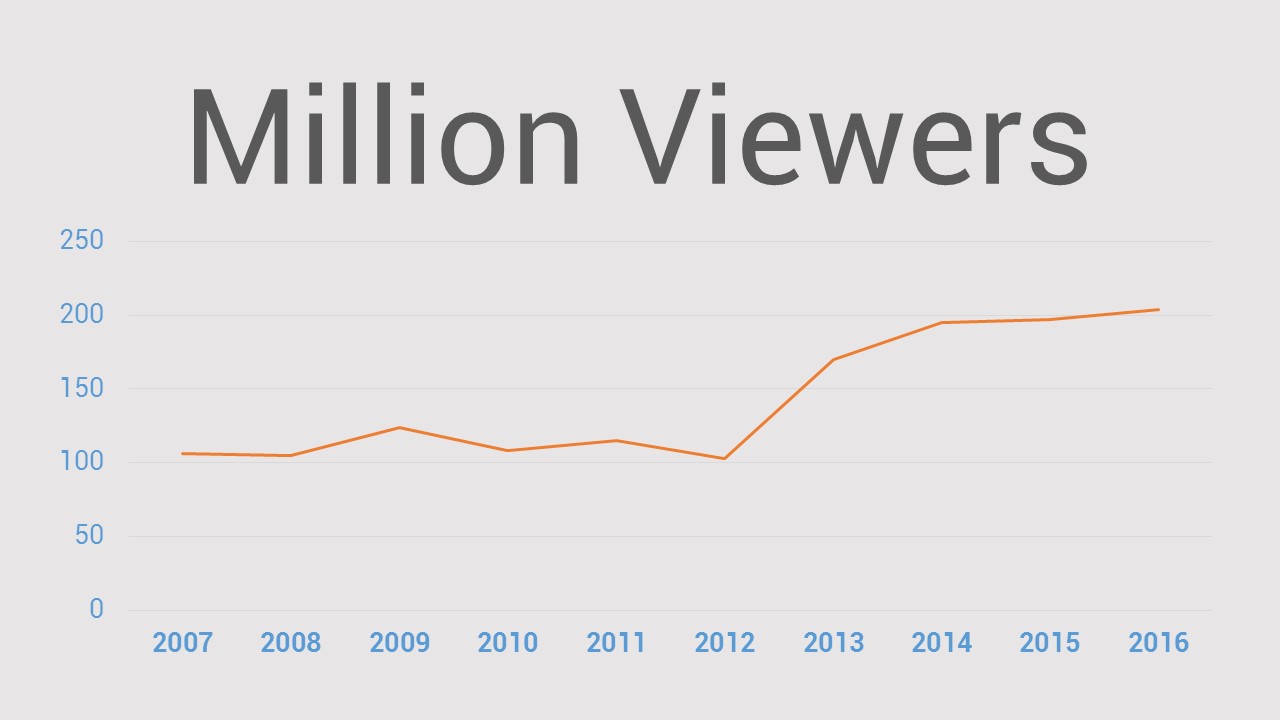 As the super show made its comeback to Sweden, five million viewers were added to last year’s figure. No less thanks to Måns Zelmerlöw and Petra Mede.

“We’re thrilled that the Eurovision continues to grow. We’re excited to reach younger demographics,” says the executive producer Martin Österdahl adding that the team has worked hard on making the format look modern.
The final on May 14th attracted on average 36.3 percent of the viewers across 40 countries. It’s more than double the viewership an ordinary Saturday night (15.7 percent) for the channels.

Eurovision was also popular in the younger demographics, on average 42.2 percent of the 15-24 year olds watched the broadcasted final in the 40 countries. That’s four times the average viewership in the key demographic (10.4 percent).

Read everything about Måns Zelmerlöw

In Sweden, 3.7 million viewers tuned in – the highest figure for an ESC since 2000, when it was held in the Stockholm Globe Arena as well.