CHART SPOTLIGHT. Included on Alexis Jordan’s eponymous debut album, “Shout Shout” should be in line for becoming a future single. Based on the Tears For Fears hit “Shout.” The original version peaked at No.4 in the UK and topped the Billboard Hot 100.

The new version is produced by the successful Stargate, who more or less produced the whole album. In February, Alexis Jordan charted in the UK with “Good Girl” and no next single has been announced. WelcheMusic hopes that “Shout Shout” is strongly considered. Jordan’s debut album has charted in the UK, Scotland and Ireland.

Her biggest hit to date is “Happiness,” the debut single from June last year. That song was built on Deadmau5’s “Brazil (2nd Edit).” Jordan signed a record deal with Jay-Z’s record label StarRoc/Roc Nation further to being eliminated from America’s Got Talent in 2006. So far, Alexis Jordan is yet to chart in Sweden with any material.

CHART SPOTLIGHT. 2010 was a great year for Alexis Jordan, and it seems like her career is more successful in the UK than in the US.

Her debut hit “Happiness” peaked at No.3 last November as reported in a WelcheMusic post. Written by the hugely successful Stargate team, the follow-up hit “Good Girl” bows at No.6 on the latest UK singles chart. The track is included on the singer’s eponymous debut.

Alexis Jordan’s breakthrough came in 2006 as she was one of the contestants of the first ever America’s Got Talent.

Her debut album was released in the UK at the end of February and includes “Shout Shout,” a track built on the classic Tears For Fears track. 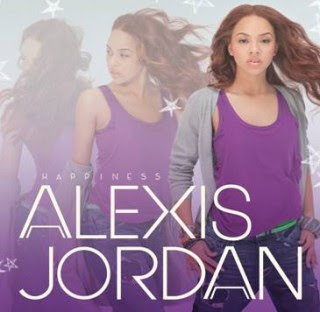 2010 CHART REWIND. 18-year old Alexis Jordan certainly got her revenge. Following her elimination on America’s Got Talent in 2006, Jordan did everything but to give up. The singer attracted million of viewers via YouTube, where she put up covers of hit songs. She was subsequently signed to Jay-Z’s record label StarRoc/Roc Nation.

Her debut single “Happiness” was issued in September this year. Produced by the incredibly successful Norwegian team Stargate, the track made it all the way to the top of the Dance Club and Dance Airplay charts Stateside. To date, the track earned its biggest success in the UK where it peaked at No.3 in November. Unfortunately, the track hasn’t been issued in Sweden and is not available on Spotify.

Expect “Good Girl” to be the follow-up single in early 2011. Jordan has also appeared on British rapper Tinchy Stryders’ track “Together” off his Third Strike set.

Issued at the end of October, Katy Perry’s “Firework” ascends to the top of the Billboard Hot 100. The track is produced by the Norwegian production team Stargate and Sandy Vee. Stargate is currently responsible for the two Rihanna hits “Only Girl” and “What’s My Name?” as well as the recent Alexis Jordan hit “Happiness.” According to Billboard, this is the first time in 11 years that a female artist take three straight radio singles from an album to No.1 on the Billboard 100. The title track from Teenage Dream was a No.1 hit this summer,  and was preceded by “California Gurls” – the collaboration with Snoop Dogg. “Firework” has also topped the singles chart in New Zealand and reached No.3 in the UK, but failed to chart in Sweden.