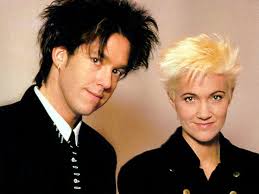 CHART SPOTLIGHT. The leading Swedish rock critic Andres Lokko slashes Roxette’s latest album Charm School. Citing a review in Svenska Dagbladet Lokko says “Exactly a decade after Roxette’s then vain resuscitation attempts with the Room Service album, Charm School manages to spread a burning disinterest throughout the room where music is being played from the speakers. I try to listen without prejudice, do my best to set aside any possible cynism.” Despite the promising title, the Roxette album has anything but charm.

Roxette had to deal with a clash with extras, who felt mis-treated during the video shoot of “She’s Got Nothing On (But the Radio).” So far, the single has charted in Germany (No.18), Austria (No.22) and Belgium (No.34). Reportedly, a UK release was pulled at the last minute.

Charm School is scheduled for release in Sweden on Feb.11.