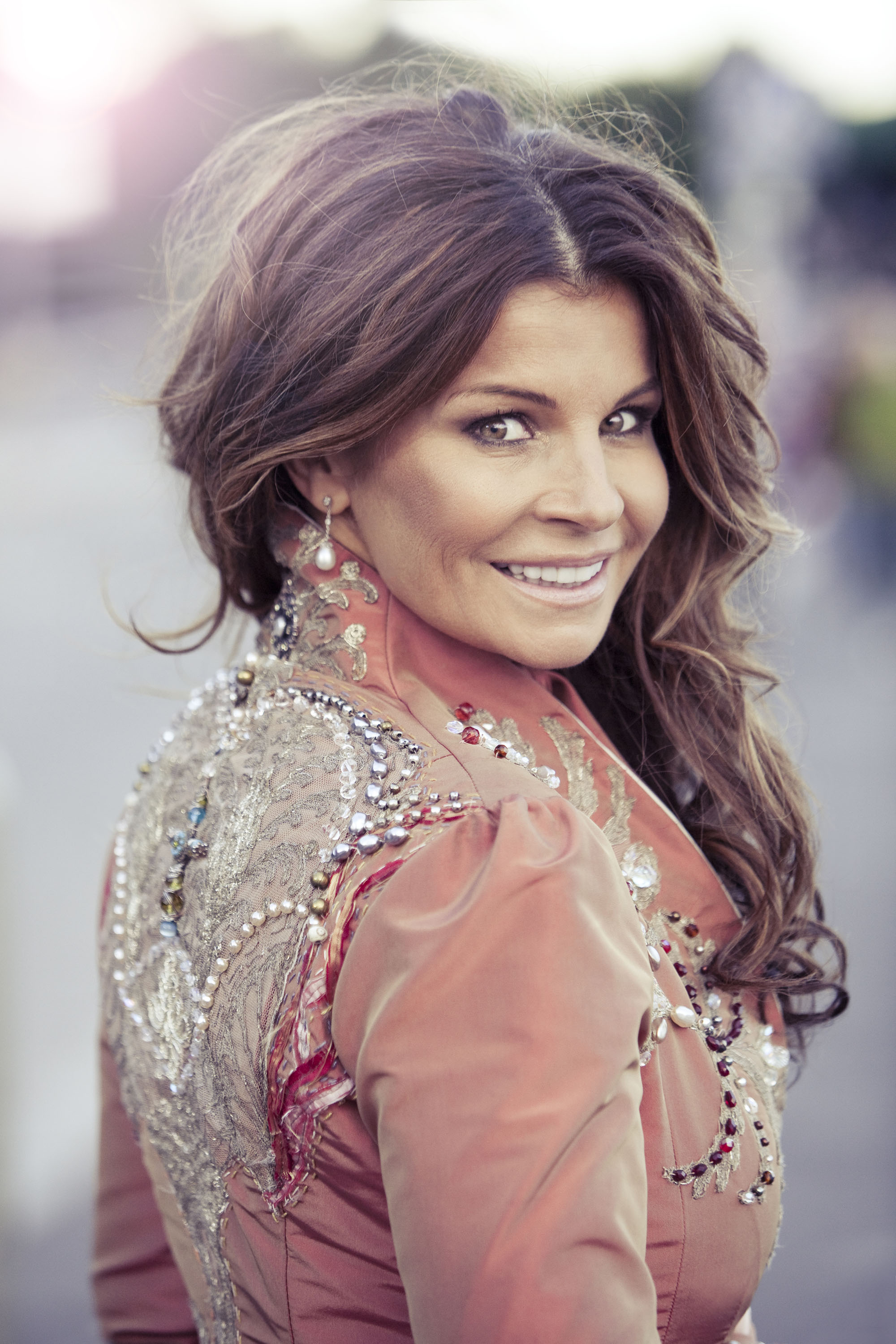 As a then 16-year-old, Carola claimed the bronze in Munich with ‘Främling.’ Back in 1983, ‘Si la vie est cadeau’ was the winner. The Luxembourg entry was sung by Corinne Hermès. Runner-up was Ofra Haza’s ‘Hi’ (Israel).

A star was born and her debut album has sold quantities in Sweden that are unparalelled. Carola went on to record an album with The Bee Gees. In 1986, Runaway saw the light. Released via Polydor Records, it was an attempt to reach a global audience.

She returned to the competition in 1991 when she won the Eurovision Song Contest altogether with ‘Fångad av en stormvind.’

The Rome finale was a real nail-biter. In order to single out the winner, “the 12-points-votes” had to be counted. Unfortunately for France, Amina Annabi lost out to Sweden.

Loreen and Wiktoria aside, Carola has plenty of Eurovision merits under her belt. In 2006, she competed for Sweden with ‘Evighet.’

Yet, her last attempt at Melodifestivalen didn’t work out well at all. Performing the duet ‘One Love’ with Andreas Johnson, the duo never reached the finale. Instead they lost the Second Chance battle to Nordman. On paper, it sounded like the perfect fit. Johnson had managed the finale twice before.

Melodifestivalen is a cruel experience for some schlager divas. Former Eurovision winner Charlotte Perelli was eliminated this year.

This Eurovision queen has obviously made a career outside the competition. Becoming one of this country’s leading stars, she was the lead act of Så mycket bättre the other year. In 2011, she was also a judge on Sweden’s The Voice. Over the course of her career, Carola has recorded some of the biggest Christmas albums.

We will never know how Carola would fare this year. No matter what, she is still one of the most successful singers in Sweden!

Follow WelcheMusic for more updates on Melodifestivalen and the Eurovision Song Contest. 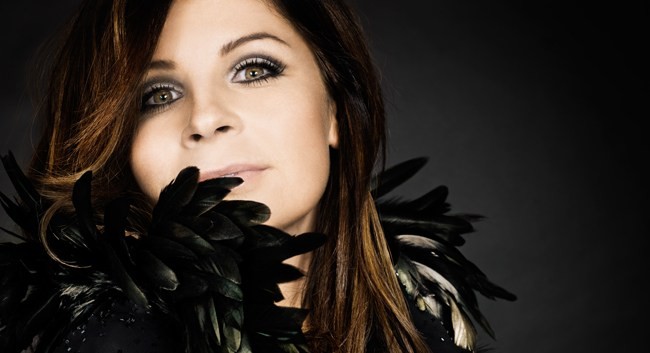 Most Swedes have an opinion about Carola Häggkvist, but no matter what you think. Few may disagree that she’s the undisputable Swedish queen of the Eurovision Song Contest. She rose to fame in 1983 when she won the Swedish contest with ‘Främling,’ written by Lasse Holm and Monica Forsberg. The album Främling came to sell more than 1 million copies, becoming one of the biggest albums ever in this country. The television broadcast was watched by 6.1 million Swedes – 84% of the population. Surely, she had trended on Twitter had it been around. She finished third in the Eurovision final behind Luxembourg and Israel. In 2013, she performed at the Swedish Melodifestivalen performing the new version of ‘Främling’ to celebrate her 30 years anniversary as an artist.

In 1990, she returned to Melodifestivalen with ‘Mitt i ett äventyr,’ which finished second behind Edin-Ådahl. Her track was included on her album Much More. No rest, Carola didn’t give up and won both the Swedish contest and the whole Eurovision Song Contest in 1991. ‘Fångad av en stormvind’ arrived atop in Rome, Italy. It was a narrow margin as she had the same result as France’s Amina Annabi, but Carola had been awarded most “12 points”-votes.

Carola Häggvist finally returned to Melodifestivalen in 2006, when she won the national competition with ‘Evighet,’ which was translated into ‘Invincible.’ On stage at the ESC in Athens, this was the third time! She finished fifth.

Loreen’s arrival at Stockholm Arlanda airport could end up in chaos. According to Aftonbladet, a thousand fans will greet her. “She won’t have to arrive at an empty arrival hall,” says Martin Sundin, member of Svenska Melodifestivalföreningen, a society devoted to the Eurovision. This afternoon, Loreen boarded a plane from Baku. She will have a short stop over in Vienna, at 19.10, finally arriving at Arlanda at 22.25 tonight.

Anyone who wants to greet the ‘Euphoria’ star is welcome to do so in the international arrivals hall at terminal 5.

Today, a cover of ‘Euphoria’ performed by the Royal Swedish Army band spread like wildfire via social media.

According to DN, 3.5m viewers watched the ESC on Saturday. Last year, 2.9m followed Eric Saade’s adventures in Germany. That’s a far cry from the 6m viewers racked up by Carola’s Munich appearance back in 1983.

Svenska Dagbladet reveals that SVT and the record label Warner are planning a welcoming party to honor the victory. It’s scheduled to take place at either the Royal Garden (Kungsträdgården) or Skansen in Stockholm on Tuesday or Wednesday.

Exclusive research, provided by social media monitoring company Meltwater, reveals that Loreen is the top favorite. The company has analyzed more than 44,000 posts, claiming that more than ten percent favors ‘Euphoria.’ According to Aftonbladet Nöjesbladet, betting companies across Europe put Loreen first. According to research from the online gambling group Unibet, Loreen’s ‘Euphoria’ equals more than 68 percent of the turnover for the ESC betting as compared to the Russian babushka’s 13 percent. Danes favors their own entry – Soluna Samay’s ‘Should’ve Known Better’- which equals 40 percent of the local turnover. Meanwhile, the pan-European portion is no more than 1.87 percent. Jonas Nilsson, PR Manager at Unibet says:

“Even if many put a bet on its own company, Loreen is the pan-European favorite among our customers. Our research predicts a victory tomorrow.” According to DN, competing betting company Svenska Spel, offers 1.7 times the money if you bet on Loreen. Runner-ups are Buranovskije Babusjki, 5 times the stake, followed by Serbia, Italy and Great Britain.

Although the final does not take place until tomorrow night, Loreen must impress the members of the local jury groups tonight, according to Aftonbladet. 42 jury groups cast their votes tonight. “A mediocre rehearsal may cost her the victory,” Torbjörn Ek, Aftonbladet’s ESC reporter in Baku. Haven seen today’s rehearsals he’s confident that the voice is there and she sang all the time. “Wow, it’s…soon. I wanted to make the final and now I’m in the final. I will just eat a nice meal, take it easy and there’s not much more to do than what I’ve always done. In a few hours, I’m on stage again,” Loreen told TT Spektra via Svenska Dagbladet.

ESC in the Rear View Mirror

A year back, we followed Eric Saade’s adventures in Germany and the feud with Russian singer Alexey Vorobyov. As Svenska Dagbladet reports, little more than a Swedish victory tops Saade’s No.3 ranking with ‘Popular.’ Carola’s ‘Invincible’ ended up at fifth place back in 2006, and was followed by four tough years with one missed final and three lower rankings. Svenska Dagbladet’s ESC expert Harry Amster is convinced that it will either be Loreen or the ‘elderly women’ from Russia. He also points out that Greece, Cyprus and Serbia have strong entries.