Loreen’s ‘Euphoria’ was illicitly used in a Spanish promo for Gossip Girl.

iTunes was the first chart to reflect total Melodifestivalen domination as Loreen bowed atop with ‘Euphoria.’ Expect both the official singles chart Hitlistan and the digital songs chart Digilistan to follow in the same footsteps.

In less than two weeks, Sweden will choose which song will represent us in Baku come May. 32 songs have competed in four heats over a four week period, eight finalists are already qualified. This weekend, a second chance will be offered to those who almost made it.

Looking at the latest iTunes top ten, eight of the songs have competed in Melodifestivalen. Almost all of them are finalists, apart from Sean Banan’s ‘Sean den förste banan’ (No.8). This clearly indicates that Sean Banan could very well qualify for the final as he will get another try this Saturday.

Following the Melodifestivalen bonanza throughout the season, Loreen has generated most buzz and it was expected that her song was in demand. Partly since she was the first song to actually qualify for the final, partly since interest for ‘Euphoria’ includes the unauthorized use of the song in a promo clip for Gossip Girl on Spanish TV. The runner-up is Danny Saucedo’s ‘Amazing,’ and Lisa Miskovsky’s ‘Why Start a Fire,’ who both qualified in last week’s heat.

Some say that the current iTunes top ten very well could reflect the final results, yet purchasing the à la carte download track is not the same as voting for the song in the actual competition.

The only two songs not to be associated with Melodifestivalen is Far East Movement’s ‘Live My Life’ (featuring Justin Bieber) (No.5) and Michel Teló’s ‘Ai se eu te pego’ (No.7). The latter currently reached the top of both Hitlistan and Digilistan last. It is mostly unlikely that he remains there when the new charts are made available later this week.

The iTunes Chart (as of week 9) 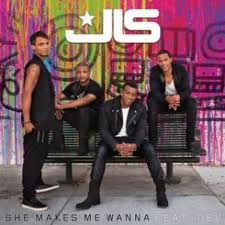 CHART SPOTLIGHT. We just picked up the news of Far East Movement’s performance of “If I Was You (OMG)” on the Tonight Show with Jay Leno. According to the group’s blog, it was their second visit to the program which is impressive.

The single follows “2 Is Better” as the fifth single off the Free Wired set. WelcheMusic covered the breakthrough hit “Like a G6” last year. “If I Was You” features Snoop Dogg who currently climbs the charts with “Sweat” which got the remix treatment from David Guetta.

CHART SPOTLIGHT. Like no other, RedOne revisits Far East Movement’s “Like a G6.” WelcheMusic first covered the Los Angeles based quartet back in October last year, when the track initially charted on the Hot 100.  The RedOne remix features Swedish-Congolese r’n’b singer Mohombi on guest vocals. The track headlines the digital remix EP.

The original version was produced by The Cataracs who has produced Snoop Dogg, New Boyz and Travis Barker since. “Like a G6” is included on the debut album Free Wired. To date, the track has been featured in TV shows  such as CSI: Miami, CSI: NY and Entourage.

“Like a G6” peaked at No.7 on the Swedish singles tally in December 2010. We’ve also covered the follow-up “Rocketeer” on this blog. That track featured Ryan Tedder of OneRepublic on guest vocals. RedOne recently remixed Usher’s “More.”