TheX Factor  winners Little Mix will need to sell a lot of copies of ‘Cannonball’ during the upcoming week to retain the top spot and become this year’s Christmas No.1. Usually, the winners’ debut singles are released on the week of the coveted Christmas number-one battle, but this year plans changed. Matt Cradle managed this feat with “When We Collide.”

One of my first blog entries back in 2009 highlighted that Joe McElderry was denied his No.1 single due to a Facebook campaign. Instead, Rage Against The Machine’s 1992 hit ‘Killing in the Name of’ topped the yuletide singles chart.

Being the runner-up of X-Factor and losing the final to Joe McElderry, it seems as if Olly Murs was the successful one. Returning to No.1 with ‘Dance with Me Tonight,’ Murs has successfully placed two tracks off his latest album In Case You Didn’t Know atop of the UK singles chart.

Borrowing the style and coolness of ‘60s funk-pop, ‘Dance with Me Tonight’ doesn’t fit into the 2011 template of a typical hit. Quite a feat to knock the X Factor Finalists 2011 off the top, while fending off competition from Lloyd, Rihanna and Flo Rida.

And what happened to Joe McElderry? Following his No.1 hit with ‘The Climb,’ he managed to follow-up the success with a cover of Norwegian Donkeyboy’s ‘Ambitions.’ Joe McElderry’s rendition of Wham’s ‘Last Christmas’ is yet to chart despite yuletide.

On a final note, I’ve re-visited an old blog post. Last November, Olly Murs struggled with his career and fell out with his brother. Times change!

Listen to ‘Dance with Me Tonight’ via Spotify! 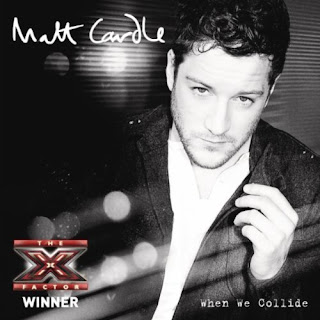 CHART SPOTLIGHT. The former painter and decorator Matt Cardle took home the X Factor crown this year. You might remember last year’s coup when Rage Against the Machine stole the “traditional” X Factor Christmas No.1 from Joe McElderry. No worries this year, when Matt Cardle vaults into No.1 with the Biffy Clyro cover “When We Collide.” Originally titled “Many of Horrors” the track was released by Biffy Clyro in January this year, reaching No.8 in the UK.

Back to Cardle, the singer won a £1m recording contract with Syco Music. The runner-up of this year’s  X Factor, Rebecca Ferguson, performed a duet with Christina Aguilera – “Beautiful” – on stage. Her “winner song” was Duffy’s “Distant Dreamer,” and had she won track would probably top the charts this week.

WelcheMusic already reported that Joe McElderry has recorded two songs for the new Narnia movie. “Someone Wake Me Up” was issued today, and the single also included his version of “There’s a Place for Us.” Co-written by previous American Idol winner Carrie Underwood, the artists performs the US version of the song. In addition, there will be local versions for different markets:

Swedish EMD is one of the most successful local boy bands with band members originating from the local Idol franchise. This December, the group issues the album “Rewind” with acoustic cover versions of 90s hits. As Danny Saucedo will focus on his solo career and Mattias Andréasson got a child, the group will be on hold for awhile. Left is third band member Erik Segerstedt who reportedly will embark on an alternative career as a compère, according to evening paper Aftonbladet.