CHART SPOTLIGHT. Mary J. Blige originally recorded the vocals for ‘Titanium,’ the latest UK top twenty hit from French DJ David Guetta. By the looks of it, Australian singer Sia ended up on the final version which bows at No.16 this week. Included on the upcoming set Nothing But the Beat (set for release on Aug. 26), the initial version featuring Blige was leaked recently. With lyrics saying ‘You shoot me down / But I won’t fall / I’m titanium,’ the track will certainly be successful on both radio and dancefloors.

The track was co-written by Giorgio Tuinfort and the Dutch house producer Afrojack, whose remix of Leona Lewis’s ‘Collide’ WelcheMusic covered only yesterday. ‘Titanium’ follows the recent hits ‘Little Bad Girl’ (with Taio Cruz and Ludacris) and ‘Where Them Girls At’ (with Flo Rida and Nicki Minaj).

CHART REFLECTION. It actually sounds too good to be true. Kanye West is rumored to show up as a producer on Justin Bieber’s upcoming album. According to Consequence of Sound, Bieber’s manager confirmed that West will contribute on several tracks on the upcoming album. Great news spread fast, and the story was just run by Billboard.  Last August, Kanye West remixed the Justin Bieber track “Runaway Love.”

Justin Bieber’s album My World 2.0 was the fourth biggest selling album in the United States last year. His biggest Stateside hit to date is “Baby” featuring rapper Ludacris. It was also his biggest hit in the UK, reaching No.3.  WelcheMusic will definitely follow this story while the rest of the world engage in Bieber’s relationship with Selena Gomez. 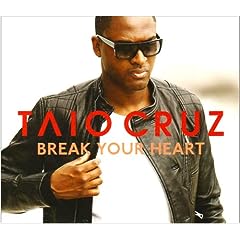 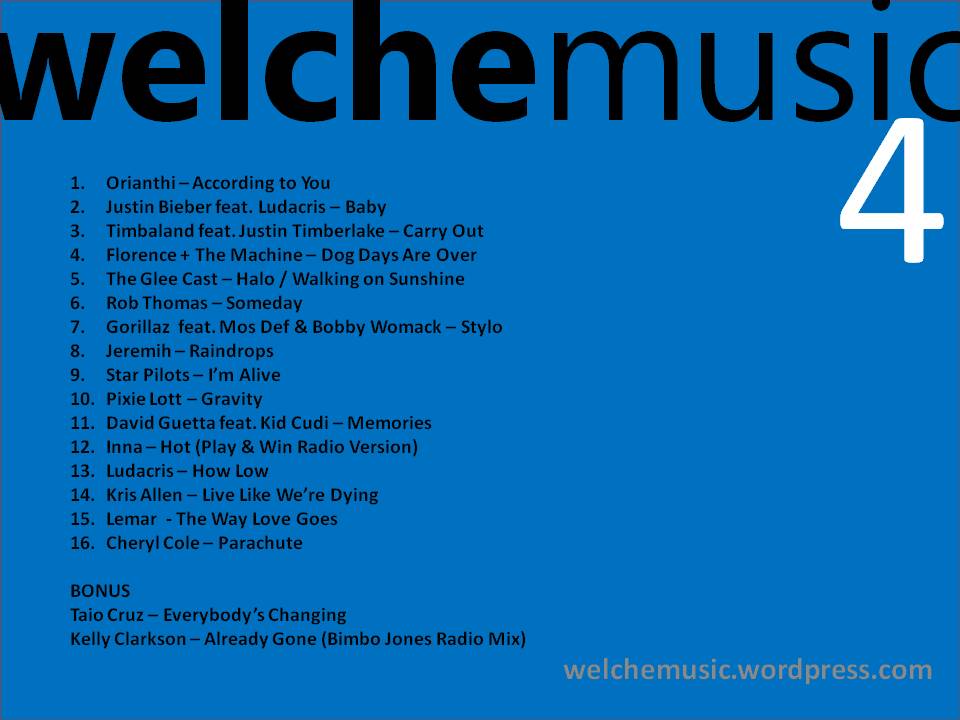 It’s time for the fourth compilation of “Welche Music.” The latest set includes current US hits from Orianthi, Kris Allen and Rob Thomas. We’re excited to include Glee Cast’s latest top ten hit where “Halo” and “Walking on Sunshine” has been melded into one. Also, Justin Bieber teams up with rapper Ludacris on “Baby.” Do you remember Star Pilots, whose “In the Heat of the Night” became a pan-European hit. Listen to “I’m Alive” and know that they’re back.

In true style, we’ve added two bonus tracks. Taio Cruz had a hit with “Break Your Heart” – we found his cover of Keane’s “Everybody’s Changing.” The other bonus comes in the form of Bimbo Jones’ remix of Kelly Clarkson’s “Already Gone.”