CHART SPOTLIGHT.  Only recently, James Morrison returned to the top five of the UK with ’I Won’t Let You Go.’ The single is the first single off Morrison’s third studio album The Awakening, which was released on Sept.23. The album track ‘Slave to the Music’ was released in the Netherlands this August, peaking at No.9 there.

The Awakening follows James Morrison’s 2008 set Songs for You, Truths for Me which included the huge hit ‘Broken Strings’ featuring Nelly Furtado.

WelcheMusic looks forward to the upcoming Keri Hilson album “No Boys Allowed” to bow on Dec.21 via Mosley Music and Zone 4 Records. The set features tracks produced by names such as Timbaland, Ne-Yo, Danja (Nelly Furtado, Whitney Houston) and Jerry Duplessis (Black Eyed Peas, Alicia Keys).  Two tracks have already surfaced ahead of the release.  This September, Hilson issued “Breaking Point” which re-united her with Timbaland. The single was issued as a digital download peaking at the US Hot R&B/Hip-Hop Songs chart at No.44.

“Breaking Point” was followed by “Pretty Girl Rock,” which peaked at No.72 on the US Billboard Hot 100. It also made the US Hot R&B/Hip-Hop Songs, peaking at No.40. An official remix is available with contributions from Kanye West. “Pretty Girl Rock” was produced by Ne-Yo and Chuck Harmony.

Hopefully, the album release will spark some fire into Keri Hilson’s career. Her last album In a Perfect World… was preceded by no less than three Billboard Hot 100 hits, including the No.3 hit “Knock You Down” (featuring Kanye West and Ne-Yo). Last year, Keri Hilson recorded “I Like” as part of the soundtrack to the German movie Zweiohrküken (Chicken with Two Ears). The song became her biggest hit ever in Germany, reaching No.1 in December last year. The song also reached the UK Top 40 following the TV adverts for 90210 in April this year.

Despite not being officially released as a single, a video was made for “Make Love” featuring Kanye West as Hilson’s love interest.  According to Last.FM, the most popular tune from Keri Hilson is “Knock You Down” followed by “Energy” and “I Like.”

Check out Keri Hilson via Spotify: 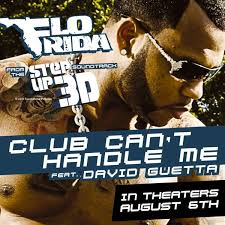 Flo Rida claims his second UK No.1 in his career with “Club Can’t Handle Me,” lifted from the Step Up 3D soundtrack. The track features French DJ David Guetta, who produced the track with Frédéric Riesterer. Guetta recently topped the UK singles chart this May with “Gettin’ Over You.”

This means that Ne-Yo loses the top position as “Beautiful Monster” falls to No.5 in its second week. As mentioned earlier, that track failed to become a success in the US as it peaked on the Billboard Hot 100 at No.53. “Club Can’t Handle Me” moves 33-24 on this week’s Hot 100 in its sixth week on the chart. Usually, these two acts enjoy far great success Stateside than in the UK or the rest of Europe.

Flo Rida topped the singles chart back in March 2009 with “Right Round” (featuring Ke$ha). The rapper has collaborated with a range of artists such as Timbaland, will.i.am, Ne-Yo and Nelly Furtado throughout his career.

Eminem and Rihanna reverse their drop on the chart and move 4-2 with “Love the Way You Lie.” The highest new entry comes from pop group The Saturdays, whose “Missing You” bows at No.3. It’s the group’s ninth top ten single and is lifted from the upcoming mini album and EP Headlines. 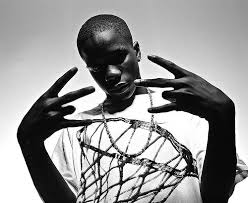 This week also welcomes British grime vocalist Tinchy Stryder back to the chart. “In My System” enters at No.10 and bests the previous hit “You’re Not Alone” fron November last year. On the album chart, Eminem reclaims the top spot with Recovery. Canadian rock act Arcade Fire’s The Suburbs falls back to No.2 after a sole week atop. Lady Gaga’s The Fame continue its top ten presence, climbing 6-5 in its 83rd week on the chart.

The set’s lead single “Give It to Me Right” was written by Andrea Martin who also penned Leona Lewis’s “Better in Time” and En Vogue’s “Don’t Let Go (Love).” Melanie Fiona’s debut hit was a top ten single in Greece and Italy.

Melanie Fiona is scheduled to release some new material in 2011. The MF Life will include the upcoming single “Gone and Never Coming Back.” Fiona’s sound is very similar to Faith Evans and even Mary J. Blige.