CHART REFLECTION. The L.A. based Asian American electro hop quartet Far East Movement is set follow-up the UK No.4 hit “Like a G6.” Featuring Ryan Tedder as guest vocalist, “Rocketeer” has already managed to peak at No.7 on the Billboard Hot 100.

The track is lifted off the debut set Free Wired (which peaked at No.24 in the US) and is produced by the two teams The Smeezingtons and Stereotypes. It so happens that the track was later sampled by Justin Bieber on “Somebody to Love” which was also produced by Stereotypes.

Although Bruno Mars actually co-wrote the track, it’s Ryan Tedder who sings the vocals. He’s the frontman of OneRepublic (most famous for “Apologize” w/Timbaland), but also a prolific songwriter. In 2008, he wrote “Bleeding Love” for Leona Lewis.

Far East Movement has also burnt the dancefloors in the UK with Roger Sanchez with “2Gether.” Sampling B-52s “Love Shack,” the track is also set for digital release later this spring.

In Sweden, Far East Movement peaked at No.7 with “Like a G6.” The track featured DEV and The Cataracs. “Rocketeer” is currently sitting at No.14 in the US. According to Last.FM, one of the most popular tracks is “Girls on the Dance Floor” (featuring the Stereotypes). WelcheMusic wouldn’t be surprised if this will be the next single. 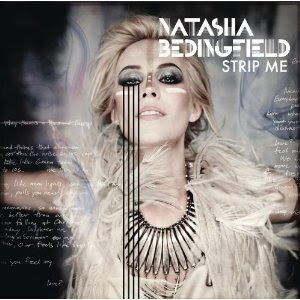 CHART REFLECTION. Haven just seen Morning Glory, one of definitive highlights is Natasha Bedingfield’s “Strip Me.” Lifted off the album with the same name, Bedingfield is yet to release it outside Canada and the U.S. The below video was remade due to its inclusion in the movie, including footage with Diane Keaton, Harrison Ford and Rachel McAdams.

“Strip Me” is co-written and produced by Ryan Tedder, OneRepublic’s front man. Tedder also wrote and produced Leona Lewis’s “Bleeding Love.” Released in September 2010, the song peaked at No.79 on iTunes while only managing to reach No.91 on the Billboard Hot 100. Its highest peak so far is the US Adult Pop Songs chart where it climbed to No.23.

Despite not being officially released as a single, “Weightless” is one of the most popular tracks off the album. The Swede Kleerup (famous for the Robyn collaboration “With Every Heartbeat”) wrote/produced “Break Thru.”

English pop singer Natasha Bedingfield got her breakthrough in 2004 with Unwritten, which included the debut hit “Single.” Bedingfield followed the set with N.B. which was later re-named Pocketful of Sunshine for the North American market. The latter included the two songs “Pocketful of Sunshine” and “Angel” which was only available in the States.