A UK No.2 hit is the biggest selling single of 2010 – so far. Eminem’s duet with Rihanna only made it to the runner-up spot and falls to No.11 in its 15th week. Trailing Yolanda Be Cool & Dcup’s “We No Speak Americano” this summer, the rapper never managed to reach the top. But in the long run, “Love the Way You Lie” has grown to become the biggest selling hit of the year.

The chart positions in brackets denotes UK and US peak positions.

Sade has the biggest selling album in Europe according to the new pan-European sales charts published by Billboard earlier this week. The Soldier of Love album tops the album charts in France, Hungary, the Czech Republic and the Belgian region of Wallony, while it loses the No.1 position in Italy and Sweden. German rock band Unheilig enters at No.6 with Grosse Freiheit and the German-Tunisian rapper Bushido bows at No.7.

Ke$ha’s “TiK ToK” remains on top of the singles chart in its 17th week, while Lady Gaga and Owl City hold steady at No.2 and No.3. The highest new entry comes from Jason Derulo’s, whose “In My Head” recently topped the UK singles chart. David Guetta’s collaboration with Kid Cudi (“Memories”) races 14-5 and Rihanna also takes a heavy leap from 19-7 with “Rude Boy.” Read the full article here. CHART SPOTLIGHT. The female trio Play certainly managed to revive the career as the new single overtake the No.1 spot, climbing four places. “Famous” was the theme of the documentary (Made in Sweden) which follows the group’s way back to the spotlight.

WelcheMusic believes that they will need to look out for fierce competition as Brolle climbs 4-2 with “Anything She Wants.” The singer made his breakthrough in the talent show Popstars back in 2001 and has placed songs such as “Playing with Fire” and “Heartbreak City” on the charts. Swedish singer Nanne Grönwall returns to the chart with a new entry at No.4. “I natt är jag din” is the first entry since “Otacksamhet” reached No.2 last September. To date, she has managed to reach No.1 once with  “Håll om mig” back in 2005.

‘“We Are the World 25: For Haiti” climbs 17-5 in its second week and Lazee’s charity single “Calling Out” continues its climb to No.7 in its third week. k.d. Lang’s “Hallelujah” has already managed to reach No.2 in Canada. Not that strange, since her performance at the Olympics opening ceremony in Vancouver has fueled worldwide success. Currently struggling at No.61 on the Billboard Hot 100, Lang’s faired far better in Sweden where she scores her first real hit. The Leonard Cohen cover sits at No.12 and appears in the top 40 in Denmark and Norway as well.

David Guetta and Kid Cudi’s “Memories” enters at No.29. So far, both “When Love Takes Over” (with Kelly Rowland) and “Sexy Bitch” (with Akon) have reached No.2, while “How Soon Is Now” only managed reach No.52.

On the album chart, Peter Gabriel’s the highest new entry at No.5 with the cover album Scratch My Back. The only other newcomer comes from Owl City, whose Ocean Eyes enters at No.44. The biggest selling album in the country this week is the compilation album RIX FM 2010. 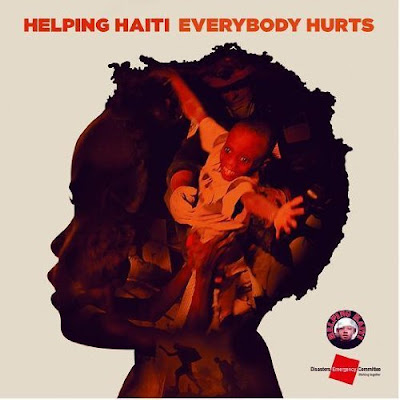