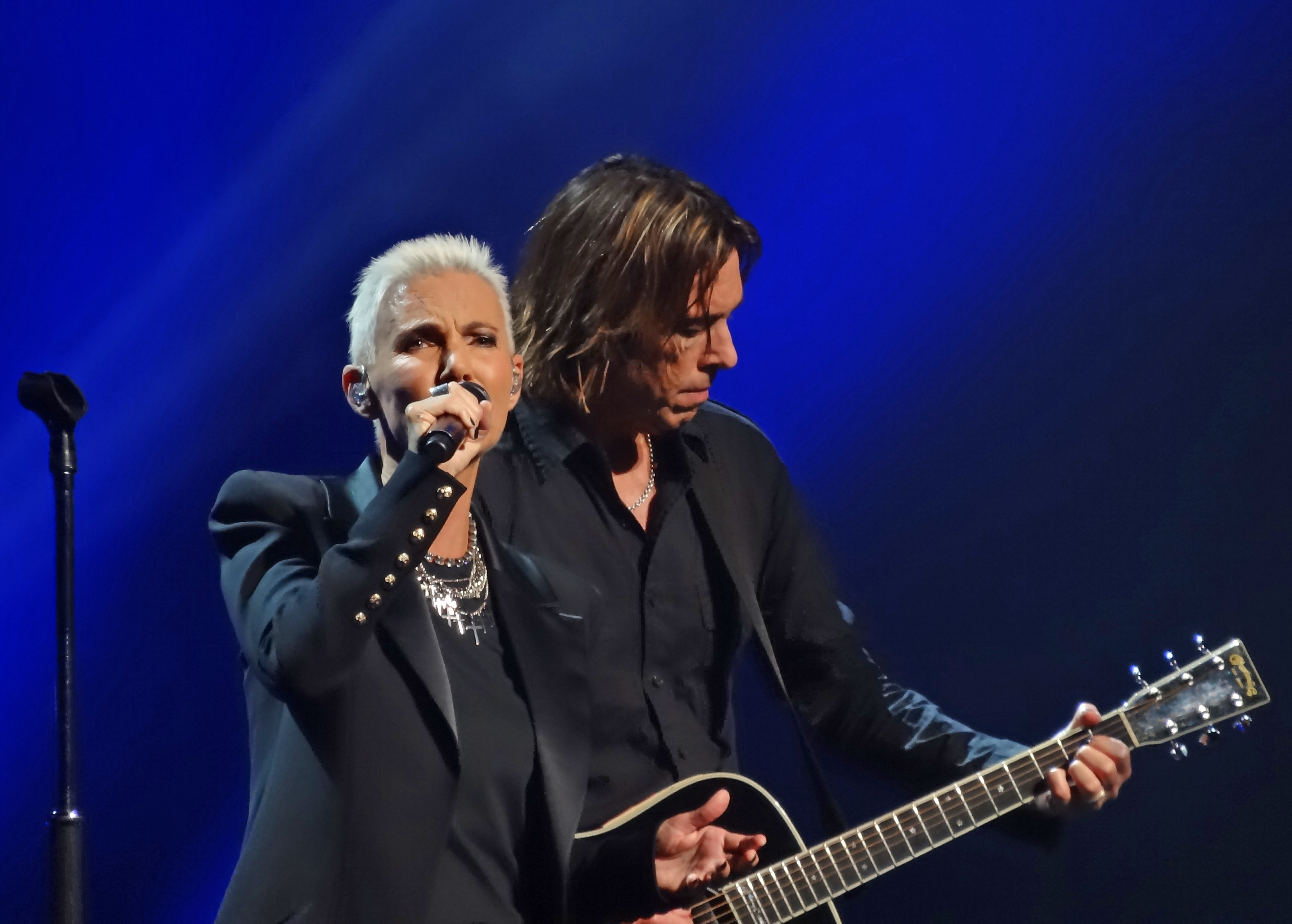 This week in 1987, Roxette entered the Swedish Top 40 at No.18 with ‘Soul Deep.’ The single had ‘Peals of Passion’ as the B-side. It only spent three weeks on the chart, remaining at No.18.

Third Single off Pearls of Passion

It was the third single off Pearls of Passion. It followed ‘Neverending Love’ and ‘Goodbye to You.’ The single was released in Canada and select European countries. It only charted in Sweden, unfortunately. Originally it was called ‘Dansar nerför ditt stup I rekordfart,’ i.e. in Swedish.

Last year, Roxette releasedthe tenth album. Good Karma was released on June 3rd via Parlophone. It was the first set to be released under a new contract with Warner Music. The first single was ‘It Just Happens.’ The duo was set to tour from June last year, but due to Marie Fredriksson’s illness it was canceled.

25 years have passed since the premiere of Pretty Woman, which took the then unknown Julia Roberts to level of an international super star. The soundtrack included Roxette’s ‘It Must Have Been Love,’ which rose to No.1 on the Billboard Hot 100 back in June 1990.

While many people listened and have grown to love the track, these facts might be new.

Roxette couldn’t have asked for a better timing. Per Gessle and Marie Fredriksson had suddenly reached international stardom when ‘The Look’ climed to the top of the US chart during the spring of 1989. Disney/Touchstone Pictures approached the duo and asked them to write a song for the movie 3 000 Dollars, a romantic comedy about a rich business man falling in love with a charming and carefree hooker.

2 ‘It Must Have Been Love’ Was an Old Christmas Hit

As ‘Listen to Your Heart’ rose to No.1 and the whole world was screaming for Roxette in the summer of 1989, there was simply no time for the duo to pen another song. Instead, they offered the studio the three year old yuletide song ‘It Must Have Been Love (Christmas for the Broken Hearted).’ The song was released in Sweden in December 1987, finally peaking at No.4 in January 1998. While ‘Listen to Your Heart’ was a hit during the fall of 1989, director Garry Marshall realized that Roexette had delivered the key theme to the movie – if only he could get rid of the Christmas references in the lyrics.

Roxette – It Must Have Been Love (Christmas for the Broken Hearted)

3 The Song and the Movie Changed

Roxette was tempted to be included in a big Hollywood production, re-writing the lyrics and recorded a new version of the track. An updated version was sent to L.A. as the movie changed its name to Pretty Woman. On the 13th June, 1990, Roxette topped the Billboard Hot 100 chart for a third time. That’s within a year! In addition, both ‘Dangerous’ and ‘Dressed for Success’ peaked at No.2.

Roxette – It Must Have Been Love (Theme from Pretty Woman)

Last year, Per Gessle received the “Million Air Award,” since ‘It Must Have Been Love’ passed more than 5m radio airplays in the US. This had previously been performed by ‘Listen to Your Heart.’

A digital version of ‘It Must Have Been Love’ is re-iussed today (23rd March) and a newly pressed 7 inch single (limited edition) will be released on 6th May. During the US tour in 1992, Roxette re-recorded ‘It Must Have Been Love’ in Los Angeeles. It was then mixed with a live recording and included on the ‘Tourism’ album in 1992. This is the first time it will be available in an edited version as a bonus track on the album. And as Roxette continues touring across the world, we sure know that love – is by far not over.

CHART SPOTLIGHT. UK radio programmers have embraced Roxette as “She’s Got Nothing On (But the Radio)” achieves Top 40 status in its first week. The new single bows at No.32 on the UK Radio Airplay Chart this week with an audience reach of 20.85m people.

In addition, Roxette bows at No.4 on the Pre-Release chart which count downs the most popular tracks ahead of their commercial release. That chart is topped by The Wanted’s “Gold Forever,” which WelcheMusic predicts will bow atop of the singles chart come Sunday.

The Wanted is followed by Eliza Doolittle’s latest “Mr Medicine” and Pussycat Dolls’ Nicole Scherzinger’s “Don’t Hold Your Breath.” Roxette manages to beat Taylor Swift and even Jennifer Lopez’ “On the Floor.”

This hopefully will bed for a comeback to the singles tally, where Roxette hasn’t been present since 2005. The duo peaked at No.18 in a remix of “Fading Like a Flower” credited Dancing DJ’s vs. Roxette.

CHART REFLECTION. While Sweden let 32 artists compete in different heats, Germany chose another path. Last year’s winner Lena sang all the entries, so it didn’t come as a surprise that she will compete in Dusseldorf. “Taken By a Stranger” bows at No.2 on the German singles chart, unable to dethrone Bruno Mars’ “Grenade.” On the other hand, Swedish duo Roxette falls off the No.1 position on the album chart as Lena’s album Good News finally ascends to the top.

Lena’s winning entry in Oslo last year – “Satellite” – became a pan-European hit, even managing to chart in the UK. It was certified 2x platinum in Germany, platinum in Switzerland and gold in Sweden.

The follow-up single “Touch a New Day” was lifted off the debut album My Cassette Player and released after the summer. So far, it has peaked at No.13 in Germany and No.26 in Austria.