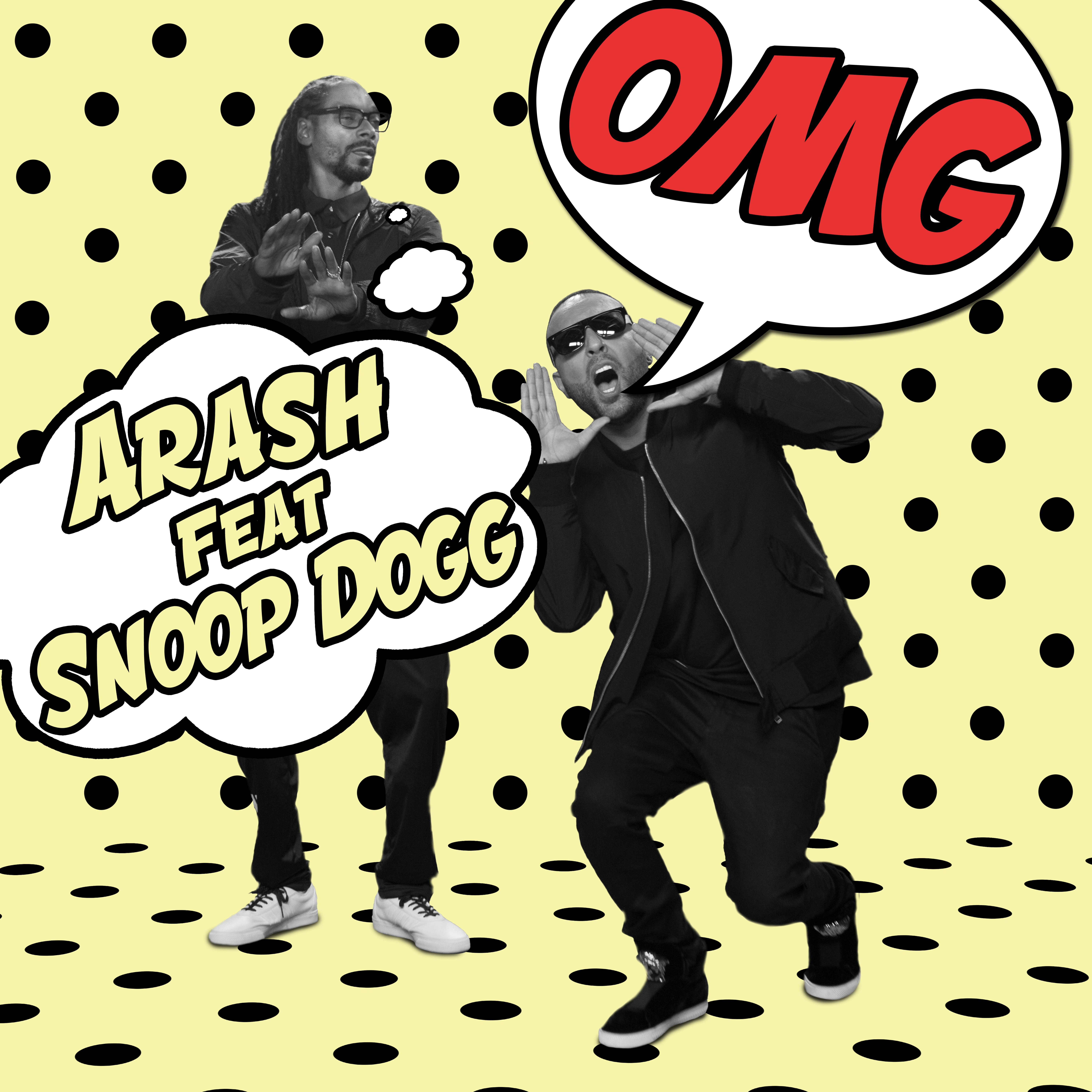 The Persian Prince of Pop Arash, teams up with the American super star Snoop Dogg on the new collaboration ‘OMG.’ In 2009, Arash came third in the Eurovision Song Contest.

“I grew up with Dr. Dre and Snoop Dogg’s album The Chronic. I would say that it’s one of the albums that I’ve listened to most,” says Arash. He approached the famous rapper with the track, and he agreed to record it. In an interview with news daily Aftonbladet, Arash recalls the intensive recording of the video where Snoop Dogg was more relaxed than his entourage.

Née Alex Arash Labaf, the singer was born in Tehran, Iran in 1977.  The 39 year old artist Arash debuted in 2005 with hits such as ‘Temptation,’ ‘Boro Boro’ and ‘Bombay Dreams.’ On his last album Superman, the singer collaborated with Sean Paul and T-Pain.

In 2009, Arash competed for Azerbaijan. He sang ‘Always’ together with Aysel Teymurzadeh. It came third in the Eurovision Song Contest, which was held in Moscow. Alexander Rybak’s ‘Fairytale’ won ahead of Yohanna’s ‘Is It True?’ This year, he wrote the track ‘Kizunguzungu’ for SaRaha, which places fourth in the Swedish Melodifestivalen. He collaborated with the singer and Anderz Wrethov on that track.

CHART SPOTLIGHT. Don’t be surprised if the 58-year old crooner Michael Bolton returns to the charts with an r’n’b hit. Featured in a recent Saturday Night Live episode, Bolton joins The Lonely Island in a parody of The Pirates of the Caribbean dubbed as “Jack Sparrow.”

If “Jack Sparrow” should chart, this would bring Michael Bolton back to the Billboard Hot 100 after a 14-year old hiatus. Bloggers The Random and The Wrap were quick on highlighting this successful viral which tributes several of this summer’s blockbusters.

Despite releasing albums since 1975, Michael Bolton didn’t get his breakthrough until the late ‘80s. Interesting to note, his blockbuster hit “How Am I Supposed to Be without You” was actually written for Laura Branigan back in 1983. A No.12 hit in the US, Michael Bolton actually co-wrote the track which he re-recorded for his Soul Provider album in 1989.

Via his web-site Michael Bolton says “Jack Sparrow” ”was one of the highlights of my career and most memorable experiences of my life.” Last Sunday, the video attracted more than 4.3 million views on YouTube.

“Jack Sparrow” is included on the The Lonely Island’s latest album Turtleneck & Chain. It’s the sixth single to be lifted off the album, following the title track. The biggest hit to date off the set is “I Just Had Sex” which featured Akon on vocals.

In Sweden, The Lonely Island peaked at No.2 with “I Just Had Sex.” Michael Bolton has had two top ten hits in Sweden. “How Am I Supposed to Live without You” and “How Can We Be Lovers?” in 1989.

Listen to Michael Bolton and The Lonely Island via Spotify:

CHART SPOTLIGHT. We’ve previously highlighted the chart success of the new Snoop Dogg and David Guetta collaboration “Sweat.” The track has reached the top ten in both Sweden and the UK is originally named “Wet”  in a not suitable for minors version. Dubbed as the sequel to 2008’s “Sexual Eruption,” the new hit single was produced by The Cataracs (of “Like a G6” fame).

The track charted in both its original and the David Guetta remix.

CHART SPOTLIGHT. Jennifer Lopez manages to steal back the No.1 spot from Eric Saade as “On the Floor” returns to the top for a second non-consecutive week. Saade drops out of the top ten falling 1-12 (!).

Rihanna beats the original No.7 peak for “S&M” with the remix version featuring Britney Spears. The renewed interest propels the track from 8-3 in its 22nd week. Spears’ own hit “Till the World Ends” vaults 9-4, its best position to date. The single bowed at No.23 five weeks ago, only to fall to No.38 the following week. It broke into the top ten last week and could very well become a lengthy chart hit.

The UK No.1 hit “Party Rock Anthem” by LFMAO breaks into the top ten, climbing 11-6. This week, Snoop Dogg and David Guetta also is new to the top ten with “Sweat.”

As WelcheMusic previously reported, Romanian vocalist Alexandra Stan is also making progress as “Mr. Saxobeat” vaults 49-14. The highest new entry comes from Lady Gaga’s “Judas,” which bows at No.19. The track also debuted at No.15 in the UK on Sunday.