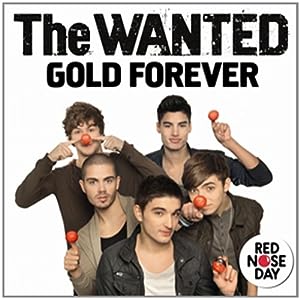 CHART SPOTLIGHT. As previously reported, The Wanted was set to bow on this week’s UK singles chart.  Singing the official Comic Relief song, “Gold Forever” vaults into No.3. The dance-pop song is written by the prolific song-writers Steve Mac, Wayne Hector and Claude Kelly.

The song was performed live on the Red Nose Day 2011 event on March 18 and is The Wanted’s fourth single to date. WelcheMusic covered the group’s breakthrough in August last year with the No.1 single “All Time Low.”

Partly Irish, the group has faired much better in the UK. “Gold Forever” enters the Irish singles chart at No.17 this week. 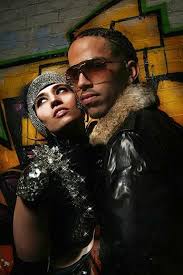 CHART SPOTLIGHT. Brazilian-born UK rapper Aggro Santos bows at No.8 on Sunday’s UK singles tally with “Like U Like.” Née Yuri Santos in October 1988, this young rapper first debuted early 2010 when “Candy” peaked at No.5. It featured ex-Pussycat Dolls member Kimberly Wyatt and spent nine weeks in the top twenty.

“Like U Like” is written by Santos himself together with the boy band wizards Steve Mac and Wayne Hector. The track will be the first to be released across Europe and Australia. The Girls Aloud member Kimberly Walsh is featured as guest vocalist. To date, the track has also charted at No.17 in Ireland. Last year, Aggro Santos participated in Britain’s Got Talent, ending up at sixth place.

CHART SPOTLIGHT. Née Petra Marklund, Swedish vocalist September has become one of the hottest acts on the scene following her participation in the national TV show Så mycket bättre. Built on a concept where seven artists perform each other’s songs, the show has become an instant hit on the TV 4 channel.

So successful that five tracks from the show currently charts in Sweden. September’s euro cover of Petter’s rap hit “Mikrofonkåt” retains the top spot for a second week. The original version only made it to No.53 in Sweden back in 1999, yet it was included on Petter’s No.1 album Bananrepubliken.

Her next album Love CPR is scheduled for release some time in 2011 and the first single, “Resuscitate Me” bows at No.45 on this week’s Swedish singles tally. The track has been written and produced by boy band producers Cutfather, Wayne Hector and Jonas Jeberg. This is the first single (apart from “Mikrofonkåt”) from September since “Because I Love You (September Song)” from 2008, a track that earned her significant success in Eastern Europe.

Listen to the tracks via Spotify: