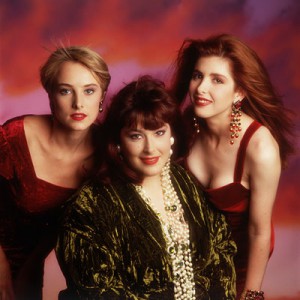 CHART REWIND. The chick flick Bridesmaids certainly paved way for renewed interest in Wilson Phillips. Further to the inclusion of the 1990 Hot 100 No.1 “Hold On,” interest has resurged in Australia, the UK and the US the past month according to Google Insights for Search.

WelcheMusic will certainly not be surprised if the trend will come to Europe as well. Swedish critics mention the song, which is instrumental in the movie.  The soundtrack also includes tracks from Blondie, Fiona Apple, Ryan Adams as well as “I’ve Just Begun (Having Fun)” by Britney Spears. The track was included on her first greatest hits album and intended for In the Zone.

“Hold On” was the debut single by Wilson Phillips, the group formed by the Wilson sisters (Carnie and Wendy) and daughters of Brian Wilson of The Beach Boys and Mamas & The Papas’s John and Michelle Phillips daughter Chynna.

The group has so far released four albums, managing to place three No.1 hits. The follow-up “Release Me” also made it to the top, as well as “You’re in Love” the following year.

Bridesmaids opened in the US this May and has so far grossed more than $234m revenue. That’s far better than the $32.5m budget. According to The Fire Wire, the DVD is set for a US September release. The packed set will include deleted sense, extended and alternate scenes as well as a “commercial” from Annie’s jewelry employer.

Wilson Phillips – Hold On by sarah-mcconnel