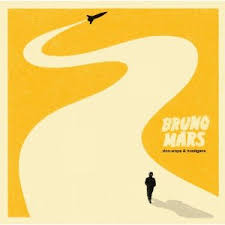 CHART REFLECTION. Despite the official UK release of Bruno Mars’s “Grenade” is a few days away, WelcheMusic bets that it will become his second No.1 hit over there. Already attracting lots of airplay in the UK, Mars is only beaten by Adele’s “Rolling in the Deep” on Music Week’s chart listing the most popular tracks on radio ahead of release.

“Grenade” has alread reached No.1 in the US, but had to give up the top position to Katy Perry’s “Firework” which rebounded this week.

The former single “Just the Way You Are (Amazing)” rebounds 9-3 on the UK radio airplay chart, behind Matt Cardle and Cee Lo Green.  Mars had the No.3 top selling of 2010 in the UK with that one. His debut album Doo-Wops & Hooligans will get its official UK release on Jan.24.