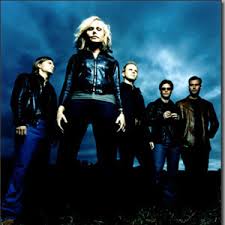 CHART REFLECTION. The Swedish rock bands The Cardigans and The Hives are in a feud that might end up in court. The Cardigans, notably famous for the Romeo + Juliet hit “Lovefool,” is planning to sue The Hives  for 18.5m Skr (approx $2.9m).

No formal plaint has been filed yet, but according to a press release The Cardigans claims that they unintentionally lent The Hives 41.5m Skr ($6.6m). Some money has indeed been paid, but the remaining sum has led to these potential legal measures.

The Hives’ legal representative Monica Crusner says that the claim does is insubstantial and that her client is not in debt.

The Cardigans was formed in 1992 and got its international breakthrough with “Lovefool” in 1996. Originally included on the set The First Man on the Moon, the track was also featured in Baz Luhrmann’s Romeo + Juliet. Despite becoming a No.1 airplay hit in the US, the track failed to chart on the Hot 100 as it was never issued as a single. Back then, a lot of songs were only released to radio as singles “hurt” album sales. “Lovefool” peaked at No.2 in the UK.

The Swedish garage rock band The Hives is best known for the 2000 hit “Hate to Say I Told You So.” It was re-released two years later as the opening track of the compilation Your New Favorite Band. In 2004, the group topped the Swedish album tally with Tyrannosaurus Hives. The set also peaked at No.33 on the Billboard 200.