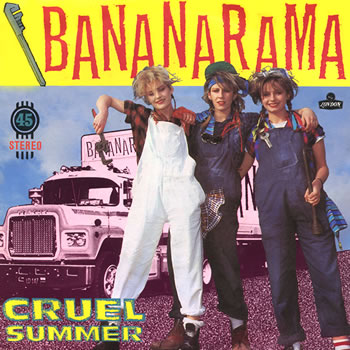 Bananarama’s ‘Cruel Summer’ first saw the light of day back in June 1983, when it was released in the UK. Taken from the eponymous set “Bananarama,” it reached No.8 in the UK. It later returned to that chart in 1989 in a remix version.

Included in The Karate Kid

Initially a UK affair, the track crossed over internationally when it was part of the 1984 hit movie The Karate Kid. Not sure why, but Bananarama refused to be included on the soundtrack set yet managing to securing a top ten US hit on the back of the movie.

Ace of Base version reached gold in the US

The Swedish group Ace of Base released their version in 1998, produced by Cutfather & Joe. It was included on the third album “Flowers,” which was re-named “Cruel Summer” for the US market. The single peaked at No.10 in the US, while it managed to climb to No.8 in the UK. A Frenglish version was also released, featuring the French pop group Alliage on guest vocals.