The single will finally be released on August 28 and is expected to bow on the UK singles chart next Sunday. ‘You Need Me’ was actually included on an extended play which was released digitally back in 2009. The new version is a re-recording of the track featuring a much heavier beat.

The video is directed by Emile Nava and features the 17 year old Matthew Morgan. A remix featuring Wretch 32 and Devlin will be available as well as remixes made by Loadster and Gemini.

This summer, Ed Sheeran has also been featured on the ‘Young Guns’ single featuring Yasmin, Griminal and Devlin. The hip hop/rap track peaked at No.86 on the UK singles tally, while peaking at No.10 on the indie list. ‘Young Guns’ was the debut single by Lewi White, a British producer.

Via Gogo announced yesterday that Ed Sheeran is among the acts doing a cover of Massive Attack’s ‘Teardrop.’ Others includes Gary Barlow, Tulisa Constavlos, Tinchy Stryder, Wretch 32, Chipmunk and Ms Dynamite. The single is set for a November release.

Listen to Ed Sheeran via Spotify: 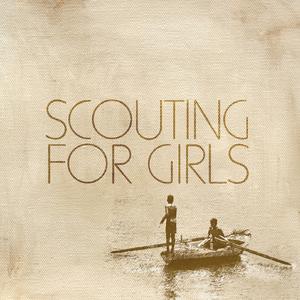 CHART SPOTLIGHT. According to the eminent site Top 40 Charts, we’re pleased to welcome back Scouting For Girls. Only recently, WelcheMusic did a chart flashback on the Brit indie group’s hit “This Ain’t a Love Song.”

Scouting For Girls – Love How It Hurts

Come July, Scouting For Girls returns with “Love How It Hurts” – a track written by lead singer Roy Stride. The new single will be included on an upcoming re-issue of the album Everybody Wants to Be on TV.

According to the group’s home page, Scouting For Girls will perform on this year’s Ultrasound Music Festival in Tamworth. Other artists include Example, Chipmunk, Lock Essien and Madness.

Scouting For Girls – Love How It Hurts (Spotify)

CHART SPOTLIGHT. Expect Wretch 32 to raise the chart next Sunday as it is the top playing airplay hit ahead of release. The track “Unorthodox” features Example as a guest vocalist and is the latest grime track to hit airwaves. Née Jermaine Scott, Wretch 32 is a 26-year old rapper from Tottenham.

Last December, he was shortlisted for BBC’s Sound of 2011 poll and MTV also named Wretch 32 a nominee for MTV Brand New 2011.

His previous hit “Traktor” (featuring L) peaked at No.5 in the UK. Wretch 32 has also recorded tracks with Chipmunk, Baby Blue and Maverick Sabre throughout his career.

CHART SPOTLIGHT. Despite getting its initial release back in October last year, Chris Brown’s “Yeah 3x” still lingers on. Charting at the end of January in the UK, it has peaked at No.6. In Sweden, it has so far reached No.12.

In Australia, Brown is currently in the top ten with “Beautiful People” which is produced by the Benassi brothers. The single is taken from the F.A.M.E.album and is an electro house song. Clearly, Brown is leaving his r’n’b roots behind.

The singer is currently charting with “Champion” as a guest on Chipmunk’s single. The track peaked at No.2 in the UK.