Expect ‘Rumour Has It’ to become British singer-songwriter Adele’s next Hot 100 chart-topping single when it’s released later this month. ‘Turning Tables’ charted following its inclusion in Glee (where Gwyneth Paltrow performed it), yet it was never officially released as an Adele single in the US. A bit disappointing if you ask me, the track was issued as a single in Italy and the Netherlands for instance.

Haven already placed ‘Rolling in the Deep,’ ‘Someone Like You’ and ‘Set Fire to the Rain’ atop the Billboard Hot 100, this new single has already started climbing US charts. I’ve blogged about Adele’s hugely successful “21” album ever since the countdown to the original release back in January 2011. Back then, ‘Rolling in the Deep’ had just been announced as the first new single preceding the set.

Glee – Full performance of ‘The Rumour Has It’/’Someone Like You’ 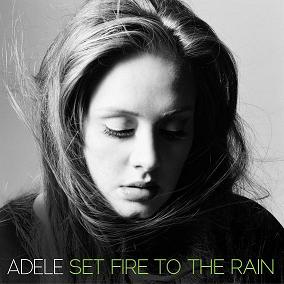 CHART SPOTLIGHT. Following years of decline, sales are finally spiking in the US. It’s headline news that the music industry’s sales are up according to USA Today. In total, sales were up 8.5% year-on-year according to a recent Nielsen SoundScan/Billboard report. Adele’s 21 sold 2.5m copies. Lady Gaga’s Born This Way is the runner-up with 1.5m copies.

“Set Fire to the Rain” to Bow This Sunday

Adele is set to return to the UK singles chart this Sunday with “Set Fire to the Rain,” the third single off the 21 album. WelcheMusic has tracked a lot of buzz surrounding “Turning Tables,” a track co-written and by Ryan Tedder, which was performed on Glee by Gwyneth Paltrow.

“Set Fire to the Rain” follows “Someone Like You” which topped the singles tally in the UK earlier this year becoming Adele’s first No.1 in that country ever. While “Rolling in the Deep” peaked at No.2, the track topped the Hot 100 and is currently topping Billboard Songs of Summer Chart. “Set Fire to the Rain” was co-written by Fraser T. Smith who previously penned James Morrison’s “Broken Strings” and Tinchy Stryder’s “Number 1.” “Rain” has already been released as a second single in different parts of Europe. It was released as the third single this Monday in the UK and is expected to bow on Sunday’s singles tally. It has topped the singles tallies in Holland and Belgium. So far it has peaked at No.88 on the Billboard Hot 100 and No.21 on the UK singles tally. Adele performed the track live for the first time on April 29 on The Graham Norton Show.

Adele to Join the The Voice UK

Adele is also reported to one of the judges on the UK version of The Voice according to The List. The other two judges are Cee Lo Green and Cheryl Cole. Not confirmed yet. Digital Spy also reports that the singer won’t release another album if she’s happy.  The source also says that Adele is the first British artist to sell more than one million copies of a single album with 21, her second record. The set is the biggest selling album of 2011 in the US.

Read more about Adele on WelcheMusic:

Listen to Adele via Spotify: 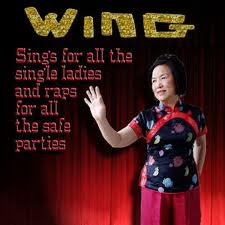 CHART REFLECTION. If you thought that Liza Minnelli’s rendition of Beyoncé’s “Single Ladies” in Sex and the City 2 was original, wait ‘til you here this one. Wing Han Tsang, (曾詠韓), has grown a worldwide fan-base with her special offbeat style. Originally from Hong Kong, Wing is now residing in New Zealand and began her career by entertaining patients at nursing homes and hospitals in the Auckland area. Further to receiving a grant from Manukau City Council, she issued her debut set “Musical Memories of Les Misèrables and The Phantom of the Opera.”

Wing Web-site is the Hub

Nurturing her music career, Wing’s fanbase has been retained via her web-site. Wing also sells her music via iTunes, CD Baby and of course Spotify where WelcheMusic found these tracks.  The singer even had a South Park episode named after her in March 2005. To date, she has released eleven CDs.

Currently releasing her latest album 4, Set for release on June 24, Beyoncé made a rave performance on the Billboard Awards show with “Run the World (Girls).” A second single – “Best Thing I Ever Had” – has already been released. We look forward to “I Was Here” – an entirely new ballad written by Diane Warren and produced by Ryan Tedder (of “Bleeding Love” and OneRepublic fame)!

Her original “Single Ladies” was issued in October 2008 as a double lead A-single together with “If I Were a Boy.” It finally reached the No.1 spot in the US, on par with Diana Ross and Paula Abdul at the list of women with most Hot 100 chart-toppers.

Dance Routine from the ‘60s

The accompanying music video was actually inspired by the 1969 Bob Fosse dance routine Mexican Breakfast which was seen on the Ed Sullivan show. Critics have compared the track to Aretha Franklin’s “Respect” and Gloria Gaynor’s “I Will Survive” as female empowerment songs. The track has also been included on many a TV shows, e.g. Cougar Town, CSI: Miami and Glee. In Sweden, “Single Ladies” peaked at No.40. 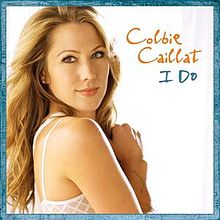