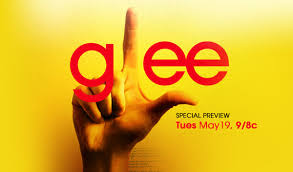 Britney Spears managed to draw 13.3 million viewers to the Glee homage episode. Rumors say that Susan Boyle is scheduled to appear this December. The Scottish sensation will release her second album, The Gift, on Nov.8 and will have a 1960s feel since it’s her era. No single has been released as yet, but already Boyle has appeared on Oprah Winfrey’s talk show. Glee has already attracted guest stars as Javier Bardem and Gwyneth Paltrow to appear on the show.