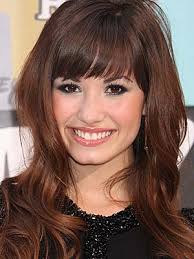 CHART REFLECTION. The former Disney Channel actress, now full-time pop singer Demi Lovato returns with “Skyscraper,” a ballad that deals with her recent challenges in life. The single will also pave way for her third album to be released this fall.

Quits Her Own Series

Only a few months ago, Demi Lovato was treated for physical and emotional issues. This turn in life subsequently led Demi Lovato to quit her own series, Sonny with a Chance. The show follows the talented Midwestern girl Sonny, who won a nationwide talent search thus moving to L.A. and star in a popular television series. The series follows her new personal and private life.

Née Demetria Lovato, the 18-year old chanteuse reigns from Dallas, Texas. She got her breakthrough in the Disney production Camp Rock with The Jonas Brothers. Lovato quickly became a Disney star alongside Miley Cyrus, Selena Gomez and aforementioned Jonas Brothers and she quickly found fame with the duet “This Is Me” with Joe Jonas.

Demi Lovato released her debut album Don’t Forget in September 2008. It peaked at No.2 in the US and was followed by her first chart-topper – Here We Go Again, which was released in July 2009.

Her third set is expected to bow sometime in the fall and carry the title of the new single Skyscraper. Produced and co-written by Toby Gad, the German producer who also produced Beyoncé’s “If I Were a Boy” and Fergie’s “Big Girls Don’t Cry,” the single was released digitally via iTunes only yesterday.