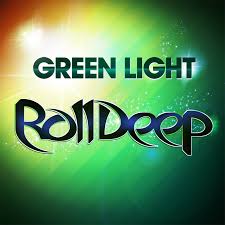 Expect Roll Deep to crash the UK singles chart tomorrow with “Green Light.” This is the follow-up to the No.1 single “Good Times.” The track succeeded Diana Vickers’ “Once” in May, earlier this year. “Green Light” features vocals by Tania Foster with appearances from Wiley, J2K, Breeze, Brazen and Scratchy. The track will be included on the upcoming album Winner Stays On, slated for release in October. Roll Deep is one of the hottest acts on the grime scene today, an urban music genre that first emerged in the East London part of Bow in the early 2000s. The style merges influences from UK garage, dancehall and hip hop.

The first grime artist to reach international fame is Dizee Rascal, on the back of winning The Mercury Music Prize for the debut Boy in da Corner. N-Dubz, M.I.A., Tinie Tempah and Tinchy Stryder are other artists in the genre.