CHART SPOTLIGHT. Further to Amy Winehouse’s death, her single “Back to Black” re-entered the UK singles tally at No.8 tonight. The single was originally released in April 2007, only to peak at No.25. This means that the peak position is significantly improved and the single logs an 86th week on the tally.

Back to Black re-entered the Billboard Digital Albums chart at No.1 this week, the album resulted in a string of hits including her debut hit “Rehab” and the only other US entry “You Know I’m No Good” (it peaked at No.77). The album also re-claims the No.9 position on the overall album chart and easily took home top honors at the catalogue chart. The album also re-entered the UK album chart at No.1 ahead of Adele’s 21. 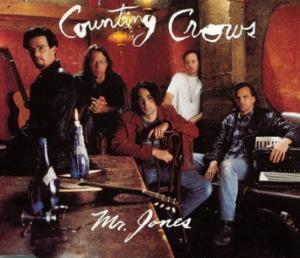 CHART REWIND. “Mr. Jones” was the breakthrough hit for Counting Crows back in 1994. It was also the lead single off the debut set August and Everything After which was released the year before. The album was re-released in 2007, in a two-disc re-mastered deluxe set. Including six bonus tracks, the second disc was recorded during an Elysée Montmartre performance of The August Tour in December 1994.

Counting Crows has released five studio albums, all of which peaked in the top ten. The sophomore set Recovering the Satellites topped the Billboard 200 in 1996, the set also reached the top ten in Sweden. It included “Colorblind,” which was featured in the Ryan Phillippe movie Cruel Intentions. Counting Crows’ biggest US hit to date is “Hanginaround” from 1999.